Since I can remember Maui has always been this magical windsurfing place, the holy grail of all windsurf spots for me, just from seeing Ho’okipa action shots, watching windsurf movies or reading about it in Windsurf Magazines.

I never imagined myself windsurfing there, let alone competing there one day in my life. Last year I flew to Maui for a wedding of one of my best friends and I windsurfed at Ho’okipa.  I ended up on the rocks the first time I went out and broke all my gear on the rocks. I was still not thinking or imagining I would compete there this year! 😉 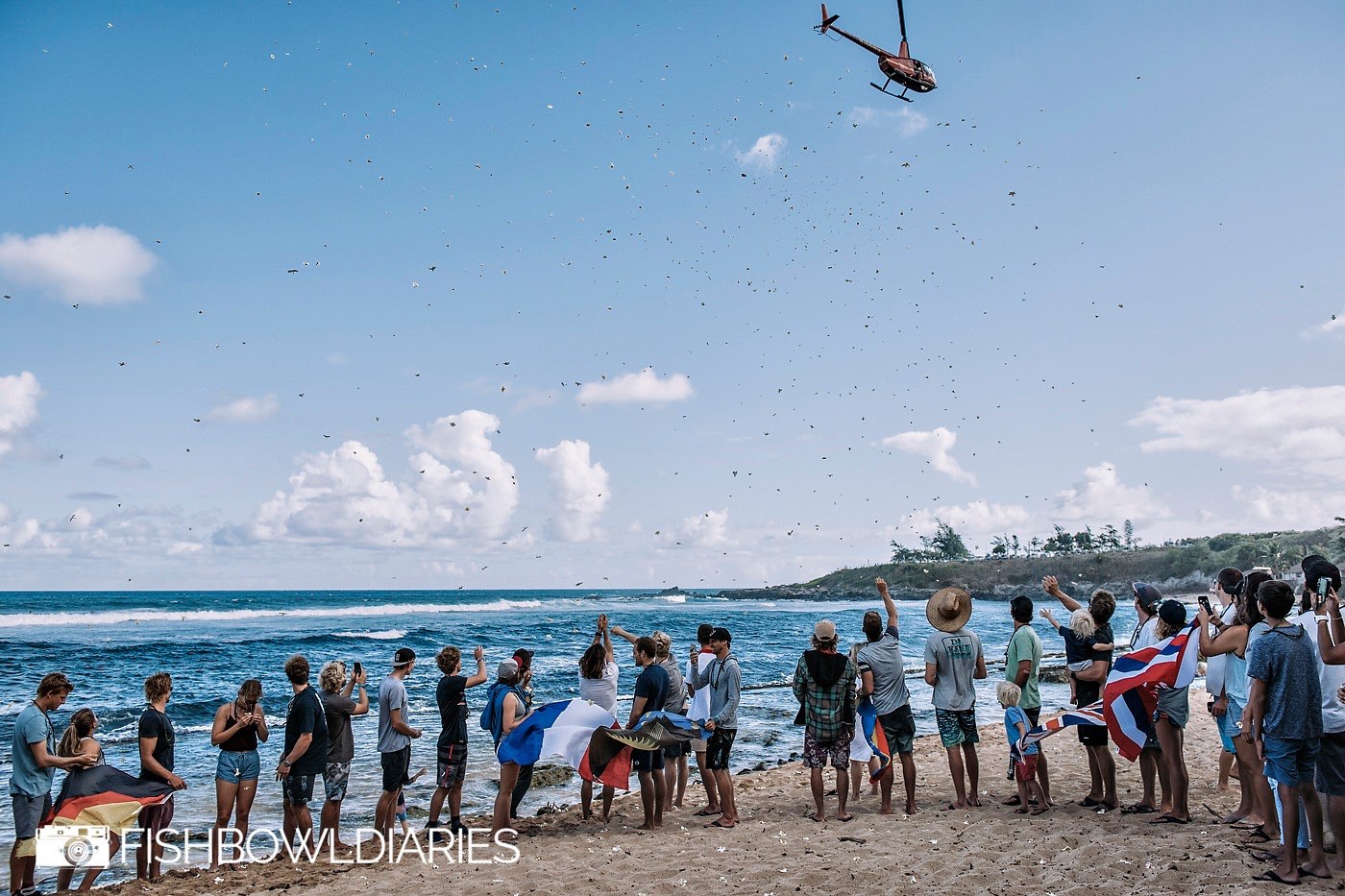 I started this year going to Australia for the first time. It was incredible, we had such good conditions and I felt improvement everyday in my wave riding. The IWT (International Windsurfing Tour) announced their Tour with for the first time ever in windsurf history equal price money for men and women. After doing the PWA Tour for so many years with the same stops, it felt like a nice challenge and new adventure to compete a year in the IWT Tour and fight for IWT Champion 2019. The first stop was in Japan, where I won. An expensive country to fly to, but such an impressive and beautiful country. It felt special to be able to combine windsurfing with experiencing and learning new cultures. I had to skip the 2nd stop in Chile as I was competing in Bonaire for the PWA Freestyle Tour. The 3rd stop was in Oregon, and it was great doing a road trip by the coast all the way from San Fransisco to Pistol River. I lost there with 0.01 point on a 2:1 decision from the judges and became 2nd, but was still leading the Overall position at that time.

I had a busy summer combining IWT with PWA Freestyle ánd Wave. In September I went to Peru, another place I had never been before. Magical down the line waves, and although it took me a few days to get back in to port tack sailing but then it clicked in my head. Sailed a super good first heat, but in the final I could not find the right waves and I had to settle for 3rd place. Maria Andres took over leading the Tour after that, with only one more stop to go: Maui.

I did not have much expectation that I could claim back my 1st place with Maui being our last stop. Both Maria Andres and Sarah Hauser (number 1 and 3 after Peru) are very experienced Maui windsurfgirls, they have been in Maui for many years and are both used to ride big waves. I barely had any experience with big waves, and definitely not with big waves in a difficult wave spot like Ho’okipa. I think everyone has a natural (healthy) fear for big waves, but the more time you spend in bigger waves the more comfortable you start feeling.

But I was excited for the event; I felt that without competing in an ‘Aloha Classic’ event I could not call myself a professional competitor in waves! This year IWT and PWA organised a combined event, so it was both an IWT and PWA stop. We arrived 10 days before the event to be able to train a bit and to learn and understand the spot a bit better. However, with 48 pro men, 20 women, and 16 youth and all the other windsurfers who all want to practise before the event it got crazy busy on the water. Everyone was fighting over waves and I struggled catching many good waves, especially as it was not so wavy. However the swell forecast for the competition was looking great.. or better said HUGE. Everyone was talking about it, and I must admit it made me pretty nervous hearing from locals that it was gonna be very big, with a big probability that the channel would not be working anymore (that is where you normally can go out, a natural channel where the waves don’t break if it is not huge) together with very light wind.

The opening ceremony of the event was beautiful. It felt very special to do the Hawaiian blessing, to be part of their traditions and to feel welcome. 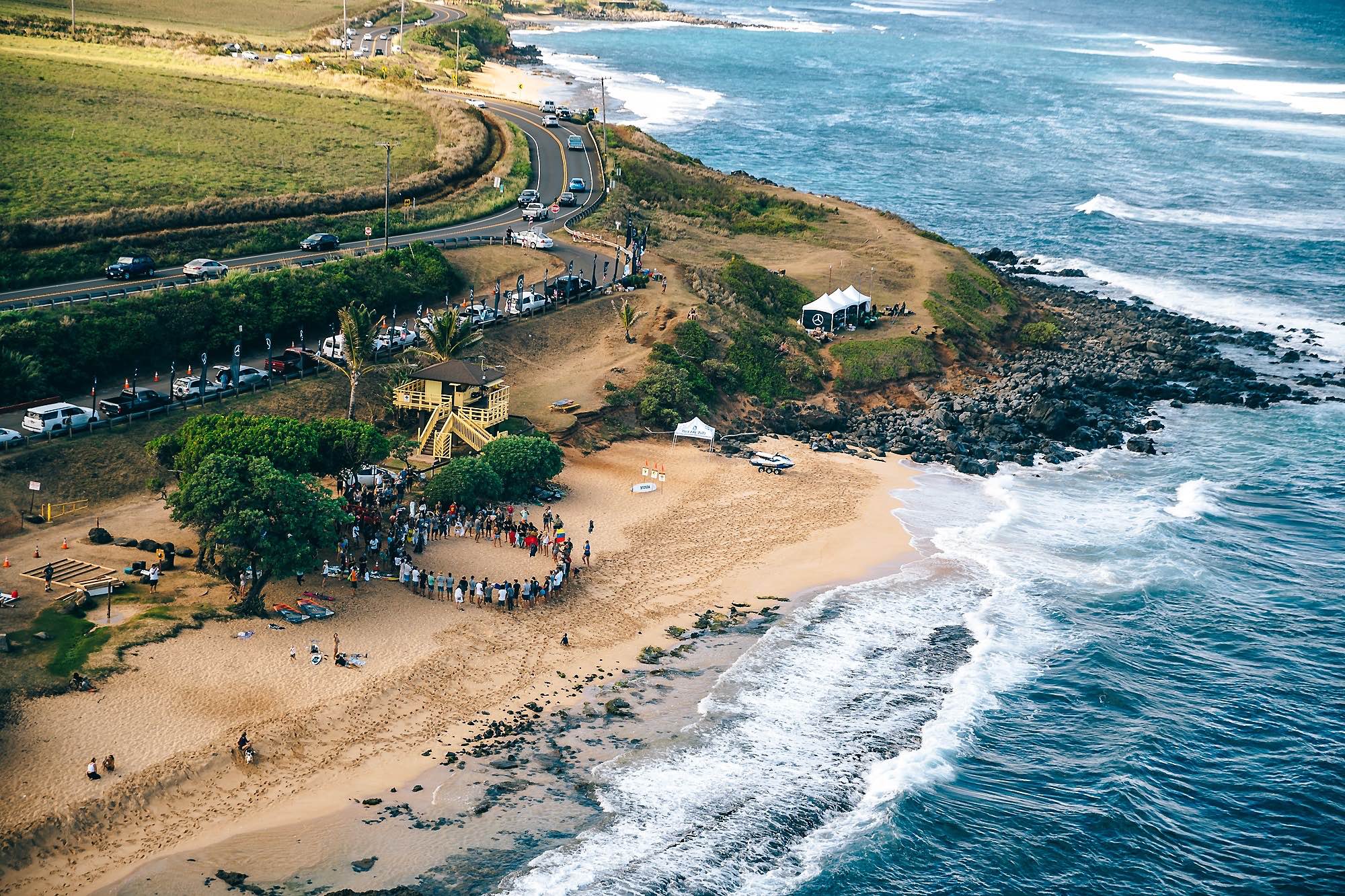 As the forecast for the upcoming days was even bigger than for the first day they started with women already after the first round of men. The swell was big and the wind was changing every heat; from very light to really strong. The heat before me girls were still sailing with 3.7, but it looked like it was dropping so I at the last moment I took my 4.2 HERO and my 75 liter GRIP. It’s so important to choose the right sail and it can make me so nervous before my heat to make the call what size to go. It’s not easy at all to change in Ho’okipa, and having a too big sail is as bad as having a too small sail! 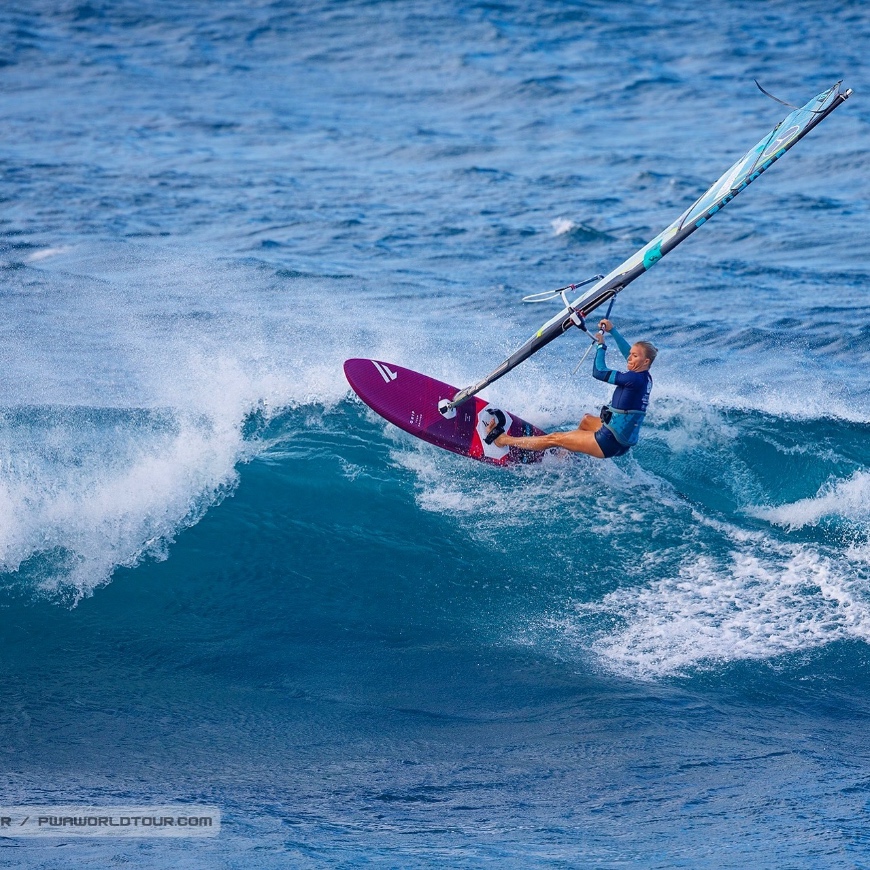 My heat went very well. Although I felt that I did not really get the flow in Ho’okipa yet the days before the competition, during the heat it all clicked somehow. This is part of why I love competing so much. It brings up the best in myself. The worry about the rocks, breaking gear or anything else all falls away, it just me and the wave with full concentration being in the moment. Although I am nervous inside it gets very calm, knowing exactly what to do and at which moment. It’s such an amazing feeling when it comes together! And to be fair, it probably also helped that there was just the four of us on the water!

I passed the heat and had to get ready for the next one. It was a hard heat, with a few very good local girls and Sarah Quita Offringa. I had an ok heat, but not as good as the first one and I had to swim quite a while to my gear in the heat as I got washed by a big wave.

I ended up with a 7th place in the Aloha Classic, a ranking I feel I should be very proud of having barely any experience in Ho’okipa and big waves!  In the end I finished same position as Sarah Hauser and above Maria Andres, but the difference in points was not enough to claim back my 1st overall place in the IWT… so Maria won and I got 2nd place in the IWT Tour. Congrats to Maria for winning the title and Sarah Hauser for 3rd place! 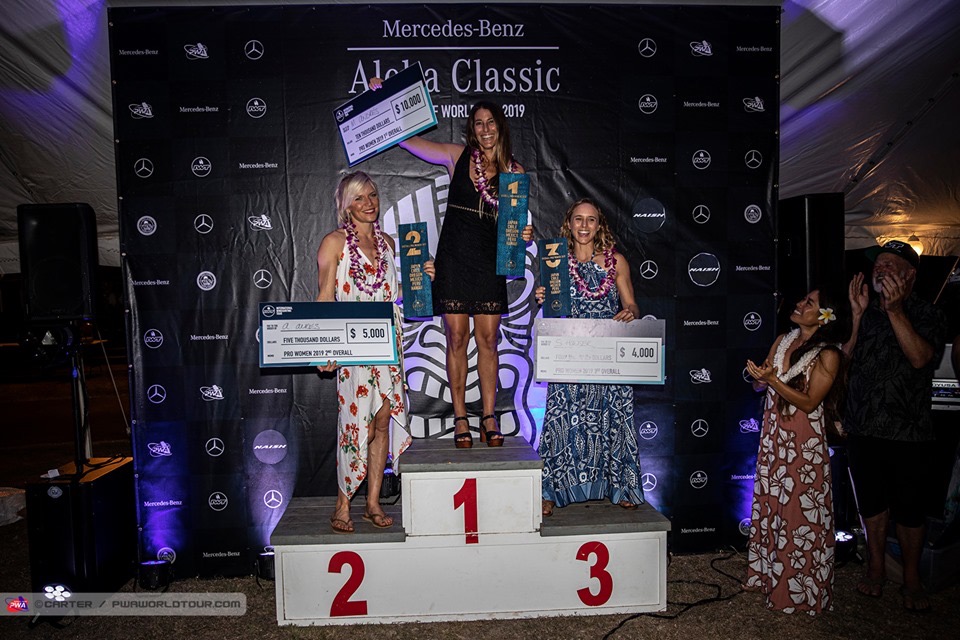 It’s been a great experience doing the IWT Tour and it made me fall in love with wave sailing even more! Every spot, every wave is so different. To read the wave, find the right rhythm of the wave, the right timing and the flow is such a challenge but so rewarding when you got it right. My aim was to win the title this year, that is an honest confession, but the title is well deserved from Maria and I am happy and satisfied with the improvement and results I made.

Thanks a lot for everyone making these IWT trips even more special, for the good company, the warm welcomes at every location, to the organisation to make it all possible. To my sponsors for helping me reaching my goals and dreams, to my family and friends for the ongoing support and especially to Berk for always being on my side (even if it was just on the the phone far away some trips) and for pushing me to believe in myself.